History of the Karst Commission

The following excerpts from various members of the Karst Commission offer some views and perspectives on its foundation and history:

“The Karst Commission was one of the earliest of the IAH Commissions to be established (in the early 1970s) with the impetus coming primarily from Mediterranean countries or from hydrogeologists, such as David Burdon, with particular experience in the Mediterranean karst. The Karst Commission was also one of the first to publish for IAH (1984 onwards) and has maintained an excellent publications output ever since.

This author (David Drew) became a member of the Karst Commission in the early 1980s when the Commission held dedicated annual meetings at various glamorous (usually European) karst locales. The presidency of Henri Paloc of B.R.G.M. was particularly memorable for endless vinous Commission lunches under the Mediterranean sun and possibly also productive karstic discussions although I remember little of that…

Phil LaMoreaux (USGS and later P.E. Lamoreaux and Associates) was a leading light in the Commission, initiating the sequence of Annotated Karst Bibliography publications. Later the presidency was mysteriously downgraded to Chairman, and Bill Back (USGS) held the position for many years, organising a memorable field trip for the Commission to the Yucatan karst of Mexico. Sadly both Phil and Bill died in 2008. Also prominent in the 1980-90s were Jacques Avias of France, Boris Mijatovic of (then) Yugoslavia, Andre Burger of Neuchâtel University, Switzerland, and Heinz Hötzl, Germany. Throughout its history the Karst Commission has benefited by leadership from Europe and America and by leaders and members who were drawn from Governmental, academic and consultancy backgrounds.”

(From a presentation by Petar Milanovic at the Karst Commission annual meeting, Dubrovnik, Croatia, September 2017. The photographs of Karst Commission ‘early excursions’ to the right of the page are from his personal library.)

“The Karst Commission is one of the first commissions of the International Association of Hydrogeologists (IAH) to be established in 1970, by impetus of Louis Dubertret.

• At its inception it accepted the mandate of developing a scientific understanding of the hydrogeology of karst regions.

• It has the best publishing record of any international organization dealing with karst, and especially karst hydrogeology (see for example books shown to the right of the page).

The original Karst Commission members (1970) can be viewed HERE.

And a list of the Karst Commission membership as it stood in the year 2000 can be viewed HERE.

We have an experience that membership was a great honor for those accepted in our society (see letter at the foot of the page, which I received from Chairman Dr W. Back). The two members proposed the candidate and as an Associate it then takes 2-3 years of his active work before he become a full Member. Attending the KC meeting was critical to sustain participation.”

“From 2009 to 2017, Nico Goldscheider (Germany) served as Chairman of the Karst Commission (KC), supported by two Co-Chairs, Neven Kresic (USA) and Jiang Guanghui (China). Over the course of this period, KC members have met annually, at nine international conferences, during which the Commission also organised scientific sessions and field trips.These include:

Members of the KC have jointly published numerous books and special issues dedicated to karst hydrogeology, including a newly established series of “Reviews in Karst Hydrogeology” (see Publications). In 2009, the KC has also established the “Young Karst Researcher Prize”, with the total of 27 awardees until 2017. Several international training courses have been developed and offered on four continents, including the MANKARST, CEKA and HYDROKARST courses. In 2017, the team of Chairmen has jointly decided to retire, to make room for new people and ideas, and has organised transparent elections for the new team. At the annual meeting in Dubrovnik in September 2017, Nico Goldscheider was unanimously elected to the newly established position of Past-Chair of the KC.” 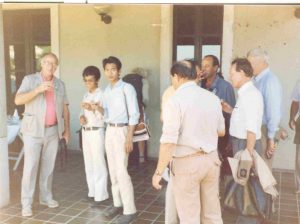 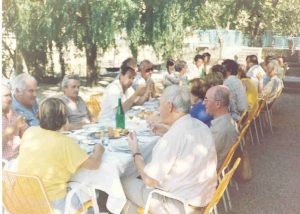 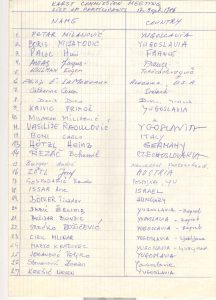 List of the participants of the KC meeting held in Trebinje, 1986